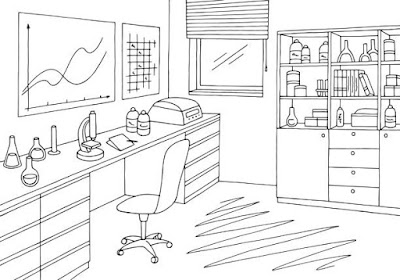 I had a tuff day at my work.

By profession and passion, I am an explorer. I write, I sing, I read and I teach; but I am neither a writer nor a singer or a reader, rest assured I don't identify myself as a teacher as well. I have got myself an Ivy League college degree which least matters to me, but just to fool the people out there to listen to me. Had I said the same things without a tag, no one would have really come. Working day and night to invent, or rather discover an unique perspective that can bend minds in Physics. It happened at latest just around a century ago, when every scientist and common man had very rigid notions of space and time, energy and matter, a simple clerk working in a patent office rubbished all of them down to nothing,  unbelievably. "Big scientists" laughed at the "futility" of this "clerk" at first. These labels are all self-tagged, has nothing to do with any truth. This is what Science is. This is what evolution is. Breaking illusions to make new, deeper illusions. Why illusions? Simply because complex illusions give intellectual orgasm, and every source of intellectual orgasm, when reaches to saturation pleasure, tries to find deeper, more triggering sources of intellectual orgasm, just like the body. Mind it is. Realisation is to segregate the illusion creating factory from the naked truth out there. It doesn't take dozens of knowledge, neither does it need someone to believe deeply in any particular thing. People from all backgrounds, starting from the most illiterate ones, to the most literate ones, from the most wealthy to the economically weakest- somewhere found a way through it. The challenge happens always with the literate ones. Especially when they fall into the trap of their own "big" collection- a collection of knowledge, wealth, or anything as such they are identified with. I can say with a fair amount of confidence without exaggeration that more than 99% of the "knowledgeable" people made their way to just misery and suffering, simply because they got stuck in the belief that the flow is the river, rather than realizing that the river flows, which doesn't even take a moment to realize.

Once, human beings were very content with their understanding that the Earth is at the center of the Universe and everything revolved around the Earth. Human beings were very proud and happy back then, they lived absolutely wonderful lives, they made love, they made family, they died. Whether Earth is at the center or not is always a matter of perspective. And all the perspectives are equally illusory- simply because of the fact that perception from the five sense organs which are judged by the mind is thoroughly limited in nature. Any limit is an obstruction.

I had married 3 times, I had 3 children, from each of my wives. I had to marry 3 times because I got divorced in each one of them. All my 3 wives complain about me a lot, I am terrible. In their understanding, I mentally tortured all of them quite a lot, never gave them peace. I craved some intimacy and sex, and that craving is considered abnormal, whereas food and sleep are normal. Their experience of me is such that if you take one of them for an interview, their level of disgust and hatred for me is sufficient to keep them ON for hours. Listen to them, and I am the worst in the world. Take another side. I am socially not much of an extrovert- describing me as an introvert won't be too inappropriate. Yet, amongst the friends I have, I am one of the most wonderful persons in their understanding. Thoroughly empathetic, emotional, and helpful. In their experience, a few of them can even trust me with their credit cards because they are confident that I won't be using them for my purpose. Although I am not verbose about it, some of them recorded instances of my philanthropy. A few other friends adore me too very much.

You are an outsider. Had you had heard only my ex-wives' or only my close friends, you would have an opinion- an opinion to frame me with. The moment you hear from both sides, you get uncomfortable. Your mind is always trained to accept things in the square-hole of your black and white logic, that which suits you. So who am I? The perception of my ex-wives, or my friends?

The answer is- none. I am who I am. It's simply indescribable, and I know this is with everyone. Good and bad, evil and mad are just a matter of perspectives, and all the perspectives are equally wrong. Guess what! That's the lens of distortion, which we are conditioned to take as the eye itself. That's where human beings are flawed, that's where philosophers, scientists, thinkers, futurists are flawed. Flawed by the lens that they have never realized.

Why am I trying to bend minds? Because it's a lens. It is, it will be.