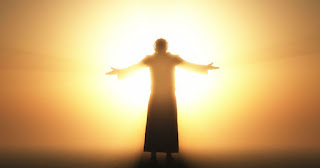 In the scientifically progressive modern-day world, is there a need for belief in religion or superstitions such as God? Well, once again, there are many perspectives to it. This is no Single Choice Question, and now, we are going to dive deep into the fundamentals of this question and see if we can find something conclusive.

This happened. In my Thermodynamics class, suddenly one day, our curious professor suddenly asked us, “Does God exist?” When he turned his eyes to me, I just asked him, “What do you mean by God?” He willingly ignored my question to provide his ready-made answer to us. This is where the problem lies. If everyone understood the word “atom” differently, there would have been no real communication of the idea. Similarly, the idea of God is very misinterpreted. A bright existential truth is jotted down to the framework of what human minds can imagine, and obviously, it became illusory as the realization was lost. There are four types of Gods- one perception in monotheistic religions and the three perceptions in East Asia, and I wish to put them thoroughly into context before engaging in any further discussion as such.

1. The first God is the fearful one. The one who loves people who believe in him, but at the same time, orders to subjugate the others without what He wants the people to believe, although He himself created the people with different sets of beliefs! The one who loves people till they believe in Him. He is the supreme creator, and there is no one else except Him. He is everywhere, He is formless, yet He has got a gender- he is a male! The moment you call God “She”, He will get offended. He observes every move you make and will give you rewards for what He wants, and will punish you for what He doesn’t want. This is what I call the scapegoat model of God. He is everywhere, yet, you can never see him. In its extremism, you will be forced to believe with a gun in your head until you get schizophrenic. If He is formless, He must not have any sensory inputs, the ability to judge(because judgment is by the preset prejudices set by the human mind), nor the set of morale that your society has built. These are not God-given morale, this is what you made out of it. Further, he tells you what to eat, how to live, how to make love- I see this just as a way to make a sane human go paranoid. If He really was so obsessed with your beliefs, either He would have created only humans and not these millions of perfect creatures, and then He would have only created humans without brains! He is God, the perfect one- so why on this Earth did he need to put all these planets and asteroids and so many shining galaxies without a purpose? This model of God is to freeze the human mind with fear and use them as resources for conquest (often brutal) - a rudimentary expression of human pursuit.

2. The second type of God is a bit interesting- which is found exclusively in India and a few other East Asian countries (although mostly destroyed by communal forces). These are called deities, tools that you make to expand your horizons about various parameters like health, wealth, peace, intelligence, occult, etc. The people who believed in the first kind were also instructed to completely abolish these deities! This was called idol worship. Once again this name jumps up from a very rudimentary understanding of foreign fellows who had fixed patterns of thought. These idols were machines made in a certain way by people who could work with energies in a certain way. What was worship in their understanding was just a way to take care of that machine so that it functioned at an optimum level. Because in many aspects they were human-like, people often developed an emotional relationship with these consecrated deities. Recently, there are live examples of people like Ramakrishna Paramahamsa to whom an idol of Maa Kali (an intense form made for occult purposes) was an absolute reality. If my grandpa passed away, there is no wrong in trying to remember him by his idol or trying to pay respect to his portrait. But somehow Type-1 God ordered every form of idol worship to be brutally destroyed. It had its own consequences though, but it clearly shows what is really in the garb by the name of Type-1 God. Even now, in many parts of India, idols are consecrated and used for certain purposes which may be incomprehensible to ordinary people.

3. The third type of God is rather cool! By its very description, you can infer that it’s made in India! (Just being a little sarcastic). Well, this can also be seen as a very refined version of Type-1 God and has been the central point of the life of countless Yogis and mystics who referred to the same as God-realization, the realization of truth, moksha, nirvana, etc. This God is omnipresent and formless. This God is everywhere, every moment, never was born, can never die. This God is the basis of all animate and inanimate things that are all around the universe. God is in everything, everything is in God. This God is responsible for all the creation and destruction. This God is nothing and everything. That’s exactly the reason why they never said “God understanding” or “God-worshipping”- because it is impossible to be understood. This reminds me of a parallel idea in the scientific arena- energy, which can neither be created nor be destroyed. This definition of energy was coined much recently- im 1842, by Julius Robert Mayer. But just to remind you, this had been an existential truth in India far back in 3500 BCE- the least we know!

4. This is the most prominent form of God in the perception of people, or rather people who walked this planet- Shiva, Rama, Krishna, Jesus, Gautama the Buddha, Mahavira, Lao Tzu, Adi Shankaracharya, Kabir, Ramana Maharshi, and countless other beings. Why were they of this value? Simply because the presence of these beings caused a huge wave of transformation in people. There was no media back then, only a few kilometers of radius, and yet their names have been embedded deeply in the history- simply because they ceased to exist, they realized the creation, they were liberated, they went beyond birth and death- when the creator and creation’s simultaneity gets realized- the ultimate aspiration for every living creature. Every moment of their presence, every word they spoke, every way they opted for, had a unique taste from the beyond that kept the people around intoxicated in bliss and in different states of awareness. But to a totally fear-held ignorant, worshipping type 4 Gods is a sin! Of course, it’s a thorough result of insecurity- as is evident.

Is having any type of God among these four is wrong? No! The problem is with type-1, only when they try to put their hands on the faith of the other three types by means of aggression. Coming to the question with what we had started addressing, with a bit modification- “Do all these Gods exist?”- if I say yes, I am wrong. This would upset the atheists. So you may come up with the conclusion that I claim God doesn’t exist- and this may upset the theists. But I shall upset both theists and atheists- they are clinging onto their illusions equally hard, without ever having the guts to be open and explore. Both are ignorant to the same extent- thinking the other side of the coin is utterly foolish! If you explore, there is no need to believe in anything! Forget about the Universe, in this Earth itself, there are monumental things to explore- both outside and inside. Where does there come a need to believe in something you don’t know? Anyway, what can happen is only with realization- it’s always there, waiting for the hunger inside to open you up. Why believe or disbelieve in a definition, when you can bloom to be a Buddha? Yet, this may be easier said than done. It can take lifetimes, or it can happen in a moment- simply because it is all here every moment.