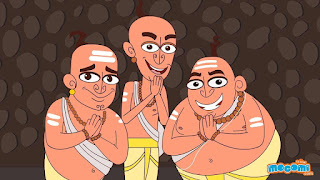 Because of several global and nation-destabilizing political and religious agendas, where almost every pious and deeply philosophical word in the Hindu dictionary has been attacked viciously to create completely twisted rhetoric about India and Indian culture, and not to deny, the immense stupidity of uneducated Hindu people who just knew how to hold a lineage and exploited their positions and authority- had a combined effect that has left the word "Brahmin" quite malnourished and if not, severely maligned. Especially when an extremely educated and brilliant prodigy of our land, Dr. B.R. Ambedkar, drew such a terrific conclusion from his narrow experience within his social territory, it is evident that misunderstanding has no limit, especially in regards to Hindu dialects. In this blog, I shall try to portray my idea of what is "Brahmin" in its true sense and also in a modern context, because I feel, by years of experience, with the influence of global forces, the thirsty young generation is being made to alienate from their cultural roots by drawing false equivalence in some completely random context in the name of Science to make it seem like the arguments are logical, although they are far from a well-built logic.

No doubt Bharat aka India had a great historical lineage of knowledge and ultimate wisdom, even a few centuries ago. Almost all the globally recognized cultures somewhere had a trace in the Indian subcontinent. I was amazed to find the Indian scent was amalgamated in the history of far western cultures, the Middle East, and also in native Asian cultures. It is very evident that such a brilliant position of wealth and knowledge wouldn't have come just randomly without having a proper scientific social structure. Many classes of people (Varna) made the social function and flourish, and everyone had the same importance, only their role is different. As long as society exists, the class will be there- simply because every human being isn't capable of doing everything. It is in the hands of us not to make the difference into toxic discrimination. There was the head of societies, scientists, intellectuals, decision-makers, teachers, diplomats, doctors, poets, scholars, etc. who were called 'Brahmins'. Then there were people who fought for the monarch's territory to save it from foreign invasions. Such people who were trained in special ways for that task were called 'Kshatriyas'. In modern terminology, they are soldiers. Now different societies had different resources to function and a healthy exchange of resources formed the basis of the economy. People who handled this aspect were of varna or class (although varna and class are not exactly synonymous) called 'Vaishyas'. In modern terminologies, they are businessmen, entrepreneurs. And then came the fourth pillar of the society, people who maintained hygiene and cleanliness of the society- they were called 'Shudras'. They were undoubtedly one of the most important wings of a society. In modern terminology, they are sweepers and cleaners. From this context, we can see that the Varna system is a very intrinsic part of society for it to function in a coordinated way and flourish.

Where did it go wrong?

It so happened that in a typical Hindu family back then, the boys (girls were also not deprived of education), from a very early age, went to gurukuls, where they were trained with everything- knowledge (shastras) and weaponry (shstras). At the time of culmination, based on the capability of children, the guru assigned the Varna, on whether he should be a Brahmin, or a Kshatriya or a Vaishya, or a Shudra. And therefrom, their journey started. The system started collapsing under the influence of various violent foreign invasions that had been almost rubbed off our history pages to keep us in deep ignorance. Also because of some distorted concept and a false sense of superiority of one class or the other, which was built in gradual scales in certain segments of society- the undeserving took positions of authority, and hence Hindu society was almost doomed a natural outcome. And this process of family inheritance of varna was so instilled deeply that even today, varna only means something from the family inheritance of titles in the name! I can change my title anytime I want. That doesn't change me in any way!

Even if someone is a Shudra by the idea of family inheritance, he can be a very deserving candidate for contributing to society on intellectual grounds- as a Brahmin. Let's bring the essence of the Varna system back, by not denying the role of Brahmins in shaping our society and not ignoring the role of Shudras in keeping us from potential diseases and epidemics. Brahmins were and would always exist in society and without them, we are a directionless mess. Every work holds importance and no work should make any difference in which we fundamentally treat human beings.

Athithi Deva Bhabha had been the tone in which we had been rooted deeply and surely, discrimination is a disease that we can abolish with a little sense of humaneness. Let's join hands to eliminate discrimination together and embrace fellow humans, regardless of how one contributes to society. Simply abusing our own land and the greatness which the entire world looks up to, won't make us rich. Rather, it adds to our rigid mentality of colonial slavery.

Have a nice day!