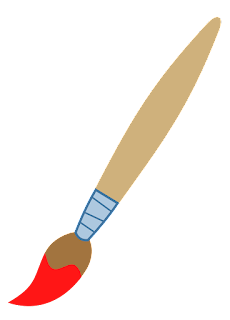 Pratik, from his childhood, was very observant. His eyes and senses pierced through many things that are otherwise taken for granted by most people. The Earth, beyond the Earth, and life fascinated him. From his childhood, he quietly and acutely observed many traits, especially in people around him. His acute attention led him to the realization, at least on an unconscious level, that he missed something very fundamental. He was not born with it.

Sometimes, he wondered how everyone around him had a completely defined and fixed way of communication, a fixed style of walking, a fixed style of holding a pen, a fixed style for everything that he/she does, and that doesn't include the thought process. It seems as if all of this is inbuilt in them. But Pratik saw this deterministic shades of personality that everyone seemed to possess was completely missing in him. That made him feel obsessively like an alien amongst everyone. He was mostly alone, and most often, he was exterminated or ignored almost everywhere. He felt rejected.

One fine day, as he was sitting in his class doing assignment, suddenly he saw that he was dissatisfied with the way he holds a pen. Of course he didn't know how to hold one, and which one would have looked more elegant. He saw everyone around and found one particular style of holding a pen and the handwriting of that particular student as very attractive. He tried that. Of course, not for long. His constant feeling of being born without a personality of any sort reflected in his daily life activities, if observed minutely. He has tried more than 50 ways of just holding a pen, but to no avail. Nothing lasted. He considered it as a part of the personality he is constructing. And this directly reflected in his results. On one academic year when his teachers were praising his handwriting which won him a prize in calligraphy, the very next academic year was filled with teachers complaining how terrible his handwriting has become!

There are certain (unusual) instances that connected with his life all along. One such incident is a very funny one worth remembering. Anyone whom Pratik felt enchanted by, he tried to imbibe every trait of his/her personality and he was that person the very next day. There was a TV show called Mr. Bean which was in wide popularity back then. He was so enamoured by the character that within a few weeks into the series, his teachers complained to his parents to stop him from watching Mr. Bean. Everyone in the class called him Mr. Bean and laughed off the way he talked and his actions.

He distinctly felt that personality is non-existent. It can be created and dissolved with ease. All his life has been an experiment- an extensive experiment with human minds and several facets of them. He himself wore multiple personalities and threw it off like cloth. He was always striked by incomprehensibility, something that was unacknowledged in the arena he was in.

Getting just ignorance and ridicule from every direction just because he was different, he tried every possible personality in order to be a part of the group of human beings he was surrounded by. He tried to fit in to their inbuilt constricted circles of socialisation, but he hardly aspired that. He felt dejected at the end of the day because he was not accepted the way he is. Although he could see many aspects of the human mind and response with crystal clarity, his opinions and ideas didn't matter, simply because he was different. The constricted ones had such overpowering confidence that the one alone in the clan often feels self-doubt.

What nobody realised was that, he was colourless. He was born colourless. He could engulf just about anybody to cast himself as a persona, because he had none, and he needed a shade of personality to reflect himself on. There was no himself, it was just cloth, a veil beyond which there exists only emptyness. It is very difficult for a coloured mind to fathom what colourless means. Hence there was no one to really understand him in the way he wanted. Slowly he realised as time passed by that none is responsible for the way he was treated. It is just the robotic ratrace that a child is thrown into, since birth. A ratrace into an imaginary realm of fame, self-cognizance- perennial illusions, leading to deeper ones. He slowly started accepting himself, something he didn't have the courage to do all along. And that changed everything.

He was talented. He had been felicitated as a district champion multiple times in talent tests, he had been top performer in Tabla consistently for 5 years, he has excelled the CBSE board exams with distinction, but he had no such significant value attached to all these achievements, but he was with a void all along, the void that let him jump into a bigger void, a quest beyond the structured wall societies offer, a quest beyond the limited scope human beings restrain themselves to. A void that is ready to throw him into abyss anytime.

The root of the story is self-acceptance. The way you are. The way you're designed. The phenomenal cosmos you can embrace. And the colourless creation you can merge into, in totality.

A composition of Kabir resonated in his heart:

So say the great saints this world is a false affair.
After all, life is but a two-day fair.

What did you bring into this world, and what can you take away from this world?
After all, life is but a two-day fair.